It doesn’t happen often that I write about products that I’m not able to use myself, but the Revlon Colorstay 2 in 1 Makeup + Concealer has really impressed me.

If you haven’t seen these yet, they’re made up of a creamy compact foundation and a matching concealer in one nifty compact. I should disclaim that I haven’t tested these on my face because the shades I received are way off for me, but I really like the texture and the overall concept so I felt it’s worth sharing. If you’re after a first-hand review, I found this one most helpful.

The foundation is long-wearing, sweat-proof and has a semi-matte finish. The concealer is a complementary shade rather than an identical one – it’s about a shade lighter to brighten under-eye circles and areas of pigmentation. It also comes with a mirror and a sponge in the bottom compartment, but I would not recommend using the sponge if it’s not a code red emergency – you’re better off using a buffing brush or a damp blending sponge instead. 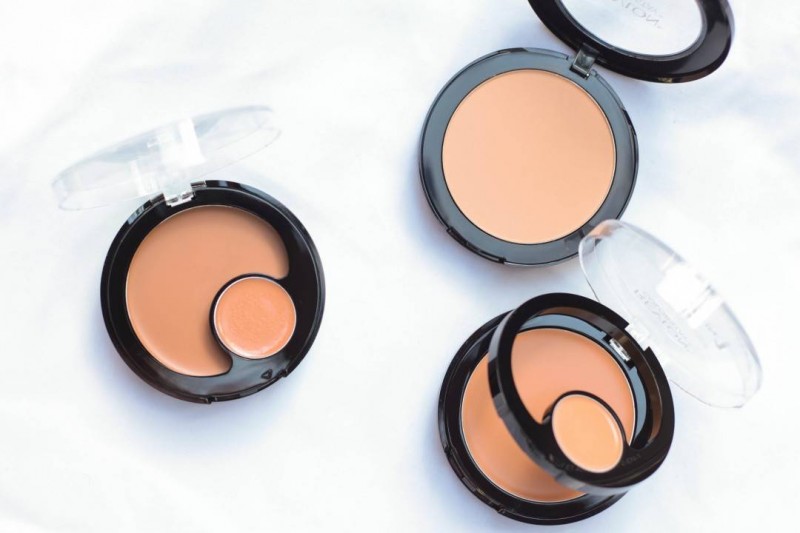 I think the packaging is perfect for travelling – it’s sleek and compact, and you don’t have to worry about liquid leaking out (I also thought it’s exempt from airline regulations but I’ve since been corrected – creams and waxes also count as ‘liquids’). If I didn’t have a dozen foundations already I would definitely buy one of these for my travel bag.

PS – if you’re a powder user (which I am not), the Colorstay pressed powder it not bad at all. It doesn’t seem to oxidise much, and if you apply with a light hand it’s not cakey.

Revlon Colorstay 2 in 1 Makeup is out in stores now for R299, and the Colorstay Pressed Powder is R199.