I had every intention of doing this post in video format, but I’m more into writing than talking lately so here we are. All these launches aren’t brand spanking new, but most of them hit the shelves in October so put your feet up while I walk you through some exciting stuff. I will be using a few of these in a ‘face of first impressions’ video soon, so hit subscribe on my Youtube channel if you’d like to see that.

L’Oreal Infallible Mega Lip Gloss has hit the shelves in a variety of shades, as well as plenty of different finishes. I love that this is the way glosses/liquid lipsticks are going – pick your colour, pick your finish and off you go. I imagine the mattes will last a little longer than the other finishes, and I definitely prefer the shades without glitter

Available for around R140 each. 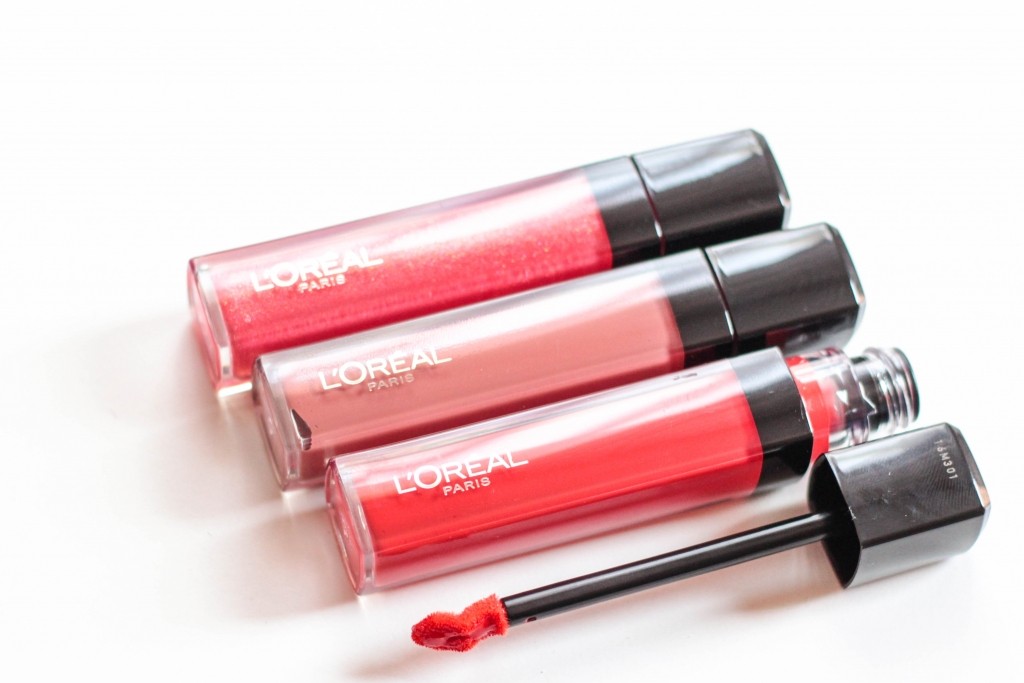 In the world of skincare, Dermalogica Overnight Retinol Repair is something I’m very excited about. It just launched a couple of weeks ago and among other things (we’re talking healing copper peptides, vitamin C and soothing Aloe to name a few) it contains 0.5% micro-encapsulated retinol. The micro-encapsulated part is important, as this means that the entire 0.5% gets delivered to your skin without the chance of it being compromised somewhere along the way.

Dermalogica sells the Overnight Retinol Repair in a banded pack with a Buffer Cream, which you’ll initially use to ‘dilute’ the retinol with until your skin has adjusted. I’m just about using the last bits of my Dermaceutic 0.5% Active Retinol, and I’ll start with this as soon as I’ve finished that.

Get it for R1350 (30ml Retinol serum and 15ml Buffer cream) from accredited Dermalogica stockists or online. 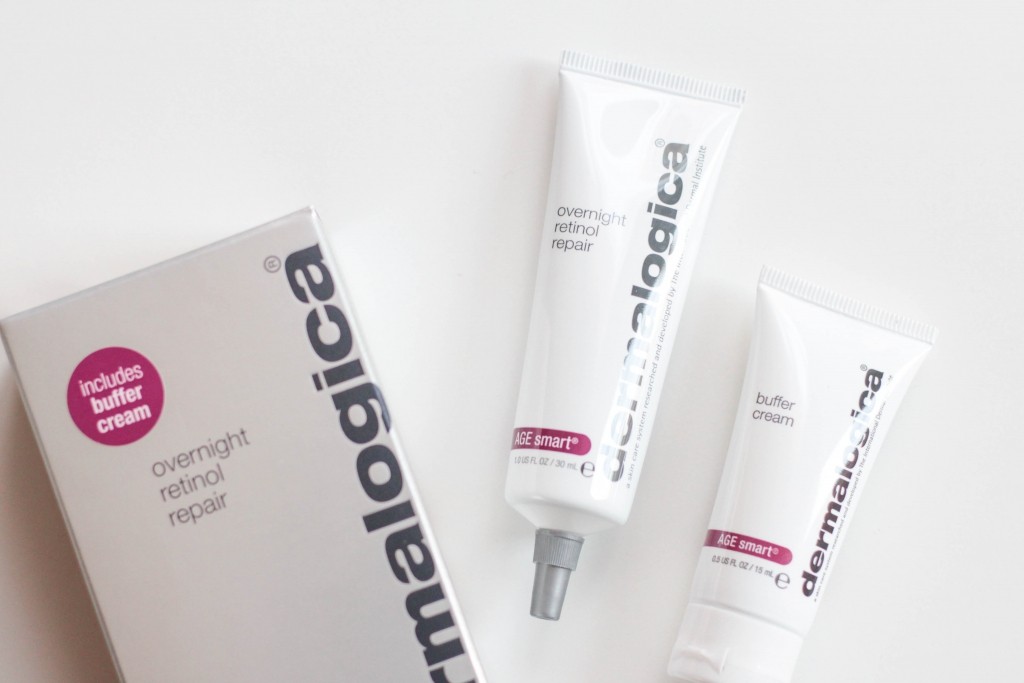 I have the Blackberry Gel Facial Cleanser and it smells like the shampoos of my childhood. I don’t see it replacing my cleansing oils any time soon since I suspect it might not be moisturising enough, but I’m going to put it in the shower and give it a bash. 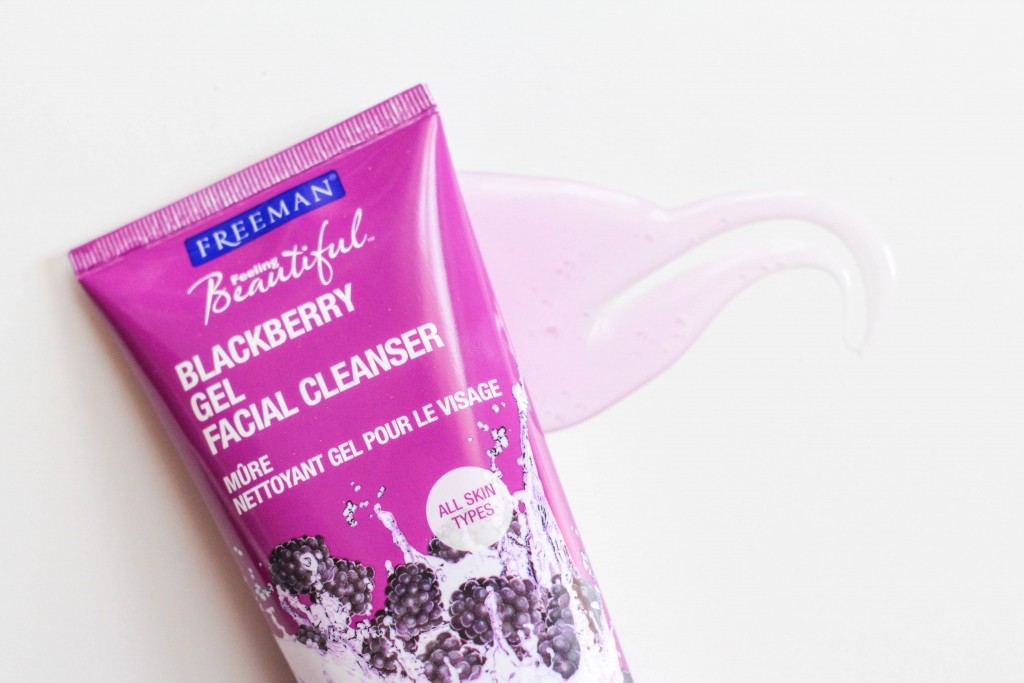 My mother is probably reworking her will to disown me as I type, because throughout her entire 6-week visit I told her she could have my tub of Kiehl’s Creme de Corps Soy Milk & Honey Whipped Body Butter as soon as I had photographed it – I know she loves it and she has crazy dry skin. Somehow I never got to snapping a pic of it and she left without it. Whoops.

The reason I insisted on photographing it first is because it’s getting a bit of an artistic makeover this holiday season with the Kiehl’s X Peter Max collaboration. Aside from the bright pop art packaging on Creme de Corps, you can also have customised gift sets made up at any Kiehl’s counter with Kiehl’s X Peter Max gift boxes, and you’ll get a trial kit worth almost R300 if you spend R1500 or more.

Available from 16 October 2015 at all Kiehl’s counters. 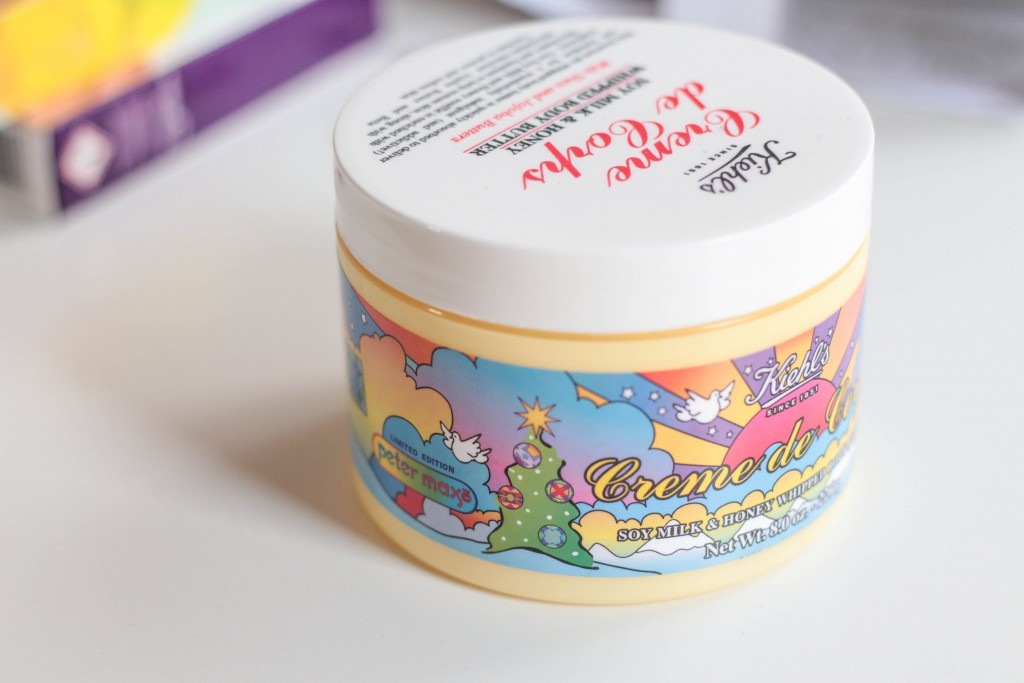 Physicians Formula is killing it on the pretty products front – I’ve seen their Argan Wear Blush making the rounds and when I received two products from their Nude Wear range last week it was love at first sight. It’s super pretty with its rose gold finishes and sparkly bows – and that says a lot coming from the girl that has a wardrobe as dark as her soul.

I’m particularly smitten with the Nude Wear Touch of Glow Palette in Light – it’s like the two pale gold shades along with the baby pink and light warm bronze was made for my face. I’m itching to use it but yet again I was behind with my photography so I’ll let you know how it goes. 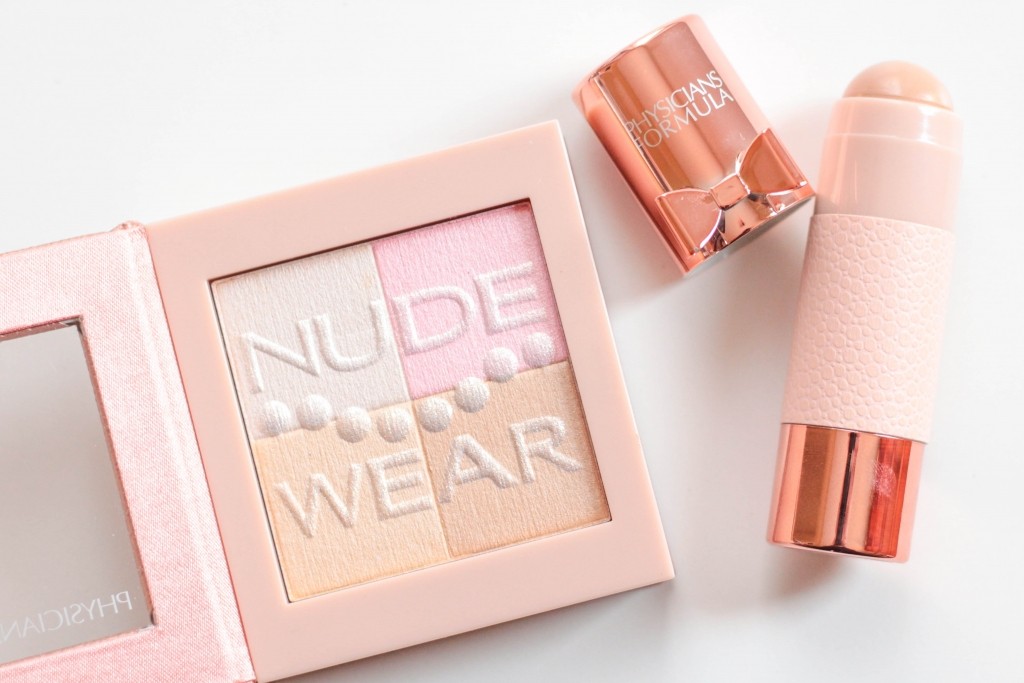 After nearly two years of waiting (I really should stay off international beauty sites), Maybelline Baby Skin Pore Eraser has phased into stores this past month. I bought one from the UK about a year ago and the best way I can describe it is that it’s a clear, thick-ish primer that’s best suited it you have texture issues like scarring, fine lines and enlarged pores.

It does a good job of plumping/evening out the surface, but I suspect it’s not the best mattifier. You need very little – I actually made my fairly dry skin look oily on the first few occasions until I realised that I was using way too much.

Get it for around R85 from Dis-Chem, Clicks. 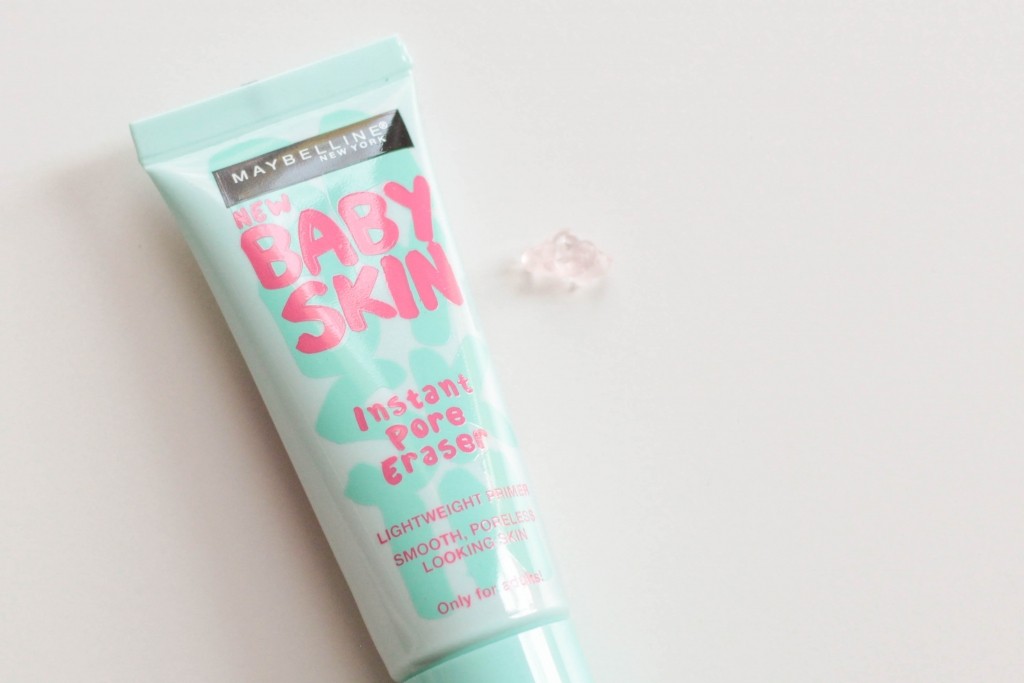 If you’re after a fresh scent that won’t obliterate your carefully juggled budget, definitely go have a sniff at the Elizabeth Arden Green Tea and Sunflowers scents.

For this summer there’s Green Tea Cucumber, which I’m convinced cools me down if I just sniff it. As you can imagine it’s a very fresh, uplifting fragrance with soft floral and fruit accents – I basically want to bathe in it. 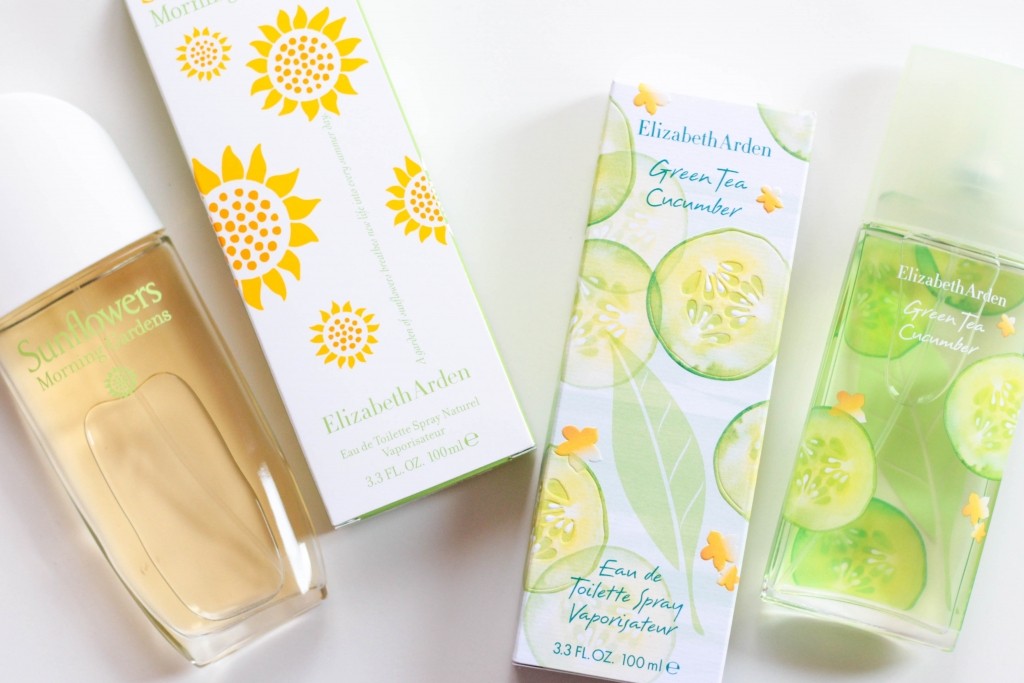 If you’re after something slightly sweeter, give Arden’s Sunflowers Morning Gardens a go. While it’s still deliciously refreshing, it’s more floral and slightly more feminine and sweet. Both these scents would make great gifts for old and young – and for yourself, naturally, since you wouldn’t have to shed a tear for your credit card every time you give a spritz.

R365 and R345 for 100ml EDT respectively, get them at Elizabeth Arden counters.

Any new beauty launches you’re excited about or anxiously waiting for?